The signs of Sepsis you NEED to know about

I recently had a very scary experience. I had a chest infection, but suddenly I couldn’t breathe. I’m asthmatic, so I’m used to some difficulties, but this was different; it was like I was fighting for every breath. I had a high fever and was deathly pale. I was taken to hospital in an ambulance, where they did their observations and realised my temperature had gone up another degree in the 15 minutes it had taken to get to the hospital. My heart rate was 135 bpm, I was shivering like crazy and I just felt like I wanted to sleep. I was immediately diagnosed with suspected sepsis and put on IV antibiotics.

Thankfully after hours and hours my temperature and vital signs were normal enough for me to be allowed home with antibiotics and steroids, and instructions to check in with my GP every few days for the next week.

Sepsis is a serious complication of an infection.

Sepsis in children under 5

Sepsis in older children and adults

You may also notice

It’s important to act quickly if you’ve got an infection and think you or someone else may have Sepsis. Sepsis can lead to multiple organ failure and death if not treated quickly.

In the UK, hospitals use the ‘sepsis 6’. This means

Some people recover very quickly from sepsis, but it does depend on the person’s overall health, the severity of the infection, and how much time was needed in the hospital (including the ICU). People with severe sepsis or septic shock often require admission to the ICU, and are likely to be very ill. In this case the condition can be fatal.

The main takeaway from this is that Sepsis is a serious medical condition, but if caught early enough, most people recover with no lasting issues.

Do you know the symptoms of Sepsis? 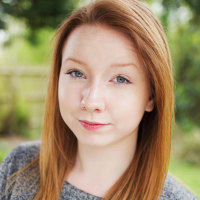