It’s that time of year again. Maybe sometime, I’ll shut up about it. But all the time I know that I might be helping someone else by talking about my experiences, I’ll share them.

To me May 15th 2013 was like a semi colon (;) , representing where my story could have ended, but instead continued.

Five years on is such a bitter sweet feeling. Not only am I proud, when I think about how far I’ve come. But I am pained when I think that it’s taken me 5 years to get close to the help that I need and deserve.

The contrast between wanting to die and not being able to – with wanting to be alive and almost dying numerous times due to things that are out of your control is terrifying. It really reiterates how quickly your life can go full circle in such a short space of time.

I have received my correct diagnosis and had many other mental health struggles since my most serious suicide attempt. I’d go as far to say that life since has been harder than I ever imagined. My pain hadn’t peaked on that night, I didn’t realise the depths of despair I’d get to – but my resilience and strength has just kept growing. Of course my mental health relapses due to the cyclical nature of my diagnoses. But, even when I feel like the worst person in the world with nowhere to go- I look at my baby and know that I at least got something right. Her smiles brighten my day and her laugh brings tears of joy to my eyes. Most days, just getting out of bed hurts and exhausts me so much I can barely carry on. but I constantly WORK so HARD to just keep going.

Anyone can go through a mental health issues or illnesses, it’s a hell of an ordeal. Recovery can be lifelong. Most days are a challenge, but there’s always days worth fighting for. This is anything but a cry out for attention, I just want anyone going through the same to know they’re not alone. Your experiences make you, who you are. You owe it to yourself to live for another day and give yourself another chance. 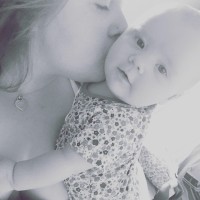