Mental Health Monday: The Aftermath of Christmas with Sensitive Kids

We have had a fabulous family Christmas. It’s been intense but it’s been fun and full of love and laughter. We’ve had overnight guests, cooked for 10 on Christmas day and then another Christmas dinner for 8 on Boxing day. It’s such a busy week every year because we are the ‘hub family’. We tend to host more than anyone else for the sake of practicality. We love it, but something happens with our little boy when things get crazy.

Our usually well behaved little guy becomes completely horrible. It started on Christmas eve when we lost track of time and didn’t feed him his lunch before leaving the house. We had to stop at the only place I knew I could get a quick bit of dairy free food and hope for the best. So he had a muffin from  a coffee shop for lunch. The rest of the day involved full blown tantrums over every single little thing, in the packed town centre (our own fault for being disorganised I suppose!). As a result, we spent far longer out and about than we had planned and of course that just made things worse.

We got home with tons of work left to do and he just wanted to cling to us relentlessly. Anyone who knows our little guy will know how fiercely independent he is, and how uncharacteristic clingy behaviour is. He has been going from cuddly to lashing out at us over the tiniest thing. I keep reminding myself that he isn’t doing it on purpose, he’s just tired and confused. We stopped the feverish tidying and organising and played trains on the floor until his eyes started getting heavy and put him to bed. He had conked out before I had even finished reading to him.

We didn’t think much of his low appetite on Christmas eve, but after we specifically made him mashed potatoes and peas to go with christmas dinner the next day. They are two of his favourite foods and he didn’t even touch them. That’s when we knew this was more than just toddler fussiness, he was struggling. The over excitement had drained our little lad and then we sit him at a usually calm table with 9 other people, Christmas crackers and music and expect him to eat dinner as normal but at lunch time?

No. It just wasn’t happening.

We let him go, knowing that he was snacking through the day and that we could try again later. He had a late nap, followed by a jam sandwich and more excitement – the poor kid doesn’t know which way is up and which way is down by the time he gets to bed 3 hours after his bedtime.

Boxing day rolls around and we do it all again with my side of the family (on a smaller scale). There are sweets and snacks everywhere, he somehow gets away with eating an entire moo-free chocolate Santa in one hit. He’s baffled by the food that has milk in it so he isn’t allowed to eat it… but everyone else is.

When he refused his meal again on Boxing day I felt a pang of guilt that we had put him in this position. He’s acting out because suddenly everything he knows has changed in the blink of an eye and he has no idea how to handle it.

I’m tempted to pack away the decorations early to help us get back to normal as soon as possible. My poor little guy is exhausted and miserable, especially now all the presents are done and the people are gone. We’re just left here with wrapping paper all over the place and a super fractious little boy who is needing a lot of contact and reassurance.

So if you need me, I will be on the sofa cuddling my toddler until the new year. I will see you on the other side. 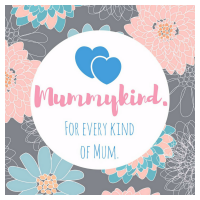 0 thoughts on “Mental Health Monday: The Aftermath of Christmas with Sensitive Kids”